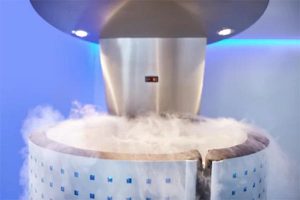 If you’ve never heard of cryo tank therapy, it’s time to take a look at the benefits it has to offer. It’s not new. It’s been around since 1978 and was started by a doctor in Japan to help relieve the pain of rheumatoid arthritis. It is now available in Corona, CA to help people reduce pain, improve their feeling of well being and even improve their appearance.

It’s been used by both celebrities and professional athletes for years.

It’s been popular with people that use their bodies to make a living, like movie stars who want to preserve their good looks and athletes who need to be in top shape for their best performance.  Boxer Floyd Mayweather Jr used it before his fight with Manny Pacquiano. Daniel Craig used it while preparing to do the James Bond movie “Skyfall.” Alicia Keys, Lindsey Lohan, Jennifer Aniston, Jessica Alba and the New York Knicks are all said to use cryotherapy. It’s popular among celebrities because it’s a natural approach that doesn’t require surgery or medication.

Cryotherapy uses the body’s natural pain relief and circulation to bring about results.

When you get into a cryochamber, the temperature drops to between -200 degrees Fahrenheit and -256 degrees Fahrenheit. You stay for approximately three minutes, but can get out any time you want. That lowered temperature sends the blood from your skin surface deep into your body by constricting the surface vessels to keep it warm. While there, it undergoes continuous cleansing and is laden with oxygen and nutrients. When you leave the chamber that blood rushes back to the peripheral areas, bringing the oxygen and nutrient rich blood to all areas of the body, including the complexion.

It reduces inflammation while it stimulates the production of collagen.

Not only does the cryotherapy help reduce inflammation, it also boosts the creation of collagen in the body. Collagen is the material that gives the skin elasticity and fullness. Reduction of inflammation is the main purpose of ice baths often used by athletes to help ease the pain of injuries and speed healing. You get that benefit without hours in cold, icy water that can cause damage to the skin.